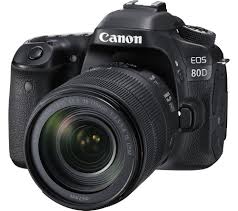 This section will delve into the technicality’s and practicality’s of using the ISO in your camera digital settings.

Increasing the ISO (or gain) will digitally enhance the amount of light being recorded. A lower ISO is generally required for most shots but you may find that you need to increase the ISO for any manner of reasons. Low lighting in documentaries on location and for seeing details that a darker, lower ISO setting just wouldn’t see.

The issue with boosting the cameras ISO is that the camera will add light across the entire screen and this can cause graininess. Not ideal for green screen shots as the pixelation seen will affect your chances of getting a clean outline around the subject for keying.

Generally if you need to add more light. Try and and use a real light and leave the ISO low.

Microphone use with your DSLR

Make sure you monitor correctly – Tune out their speech and listen careful through the headphones. Monitor levels and quality. Buzzes, bleeps, background noises, footsteps, planes and anything else not required should be carefully listened to.

Connect microphones to recording device – This may be directly to camera or commonly for DSLR cameras they will need to be used in conjunction with a separate recording device such as a Zoom H4N. This is because DSLR have little or no control of audio levels or monitoring.

Shotgun mic and boom pole is the most common microphone set up. This directional mic pics up the sound leaving peoples mouths and very little else. For best results get the mic in closer and reduce the recording levelon the device/camera. Use a boom pole so you can stay out of the shot or it can be just as useful as a journalists mic too.

The next mic we’ll look at is the radio mic or lapel or lavier mic.

Radio mics can be placed directly on the subject and can reduce outside noise as well. The radio mic is smaller and can be fitted to clothing and transmits the signal to another unit for recording. The subject can move freely without the poor boom operator following their every move, almost essential on wide shots where a boom operator cannot be in shot. The radio mic keeps the level consistent. The issue with radio mics are they need to be hidden from view. Not ideal on slinky black dresses or shots without clothes to hid them. When hiding them they can rustle and rub and sound muffled.

Bands and journalists can commonly be found with the next mic on our list. They can be connected wirelessly or not and are ideal when the mic appearing in shot is not an issue. Their range is much less than that of a shotgun mic so you have to stick it right under their noses nearly. These microphones are the cheapest option.

Do not use the on-board camera mic. They are omni directional and will pick up all sorts of background noises in front and behind the camera. Use only in emergencies

Shutter speed is mostly used for photography but can be very well utlised for film work too. The shutter speed controls the length of time the camera takes to take a single image.

Like the aperture setting, the shutter speed you choose has a visible effect on your shots so you have full control the appearance of moving objects. Faster shutter speeds are much better at freezing a motion giving you razor sharp pictures even with some hand held camera movement and fast moving objects. A slower shutter speed will often blur with motion an is usually used to get a desired effects.

The shutter speed is the length of time that the shutter is left open, letting in the images light. Speeds are measured in fractions of a second. 1/125 sec is seen in camera as 125. Following on from that you’d see 1/15 seconds as 15.

Your cameras aperture and shutter speed work in unison to capture exposures. A higher shutter speed will mean you will need a wider aperture that lets in more light or add more light. Again creative needs and a locations available lighting tends to dictate what will work best.

In this section we’ll look at the term Depth Of Field and understanding how best to use it.

Depth of Field or DOF is how much, or how little is in focus in your frame. There are phrases used to describe the type of shot the director is after.

Shallow DOF Means that there is not a lot in focus. This can be used best in an old antique shop. Imagine a shoper being followed by a camera. A Shallow DOF would show the subject in focus but the foreground antiques flashing across the screen out of focus and the background items also out of focus.

In this section we’ll give you some handy tips to framing your shot using elements and actions in the Foreground (front), Middle ground (Mid or level with subject) and background (behind subject)

Each of these fields of view can provide the audience with information about the story and can be a great way to set a scene. It can give a lot of depth and detail to a story and really put the audience in a three dimensional world. Using all of these shot types with success takes a lot of time to plan, set dress and figure out actors movements and positioning.

Move the Fore, Mid and Background elements as you see fit. You may wish to show the audience a church scene. The background could be a beautiful stained glass window and an Organ playing with music, the mid could be the bride and groom getting married and the foreground, out of focus could be of a bunch of flowers. With just this one shot you can squeeze the storyline into one shot without the need for cuts to empahise these points.

In this section we’ll take a wander from near and far to look at the best types of shot for your scene.Picking the right shot is absolutely key to creating the right dynamic for your shoot.

Extreme long shot – Details a much larger amount of information about the setting or location or landscape. Often used at the beginning of a scene establish general location(setting). This is also known as an establishing shot. Often more complex to set up, expensive to film due to the set dressing and extras needed. Great to use for filmic landscapes and wildernesses.

Long shot, or wide shot – that is showing a subject far away and not surrounded by anything can evoke feelings of loneliness and isolation. It may be also used for setting a scene. Showing the subject in a context before moving in for a closer shot

Full shot – Contains a complete view of the characters. This shot shows the audience costumes, props and may also help to demonstrate the relationships between characters. Body language is key here as dialogue is saved for closer up shots once the scene has been set in the audiences eye.

Mid shot, Medium shot or social shot – This is usually from the waist up allowing faces to be seen more clearly as well as interactions with others cast members.

Close-up or personal shot – Just the actors face. Detailing emotions and used to bring the scene to a more personal level

Extreme close up – Great for showing emotion. Simple to set up as it requires little set dressing and lighting as its mainly of the subjects face. Please do allow time for actors to feel comfortable and utter that immortal line. ‘I’m ready for my close up.’