Canon’s introduction of the 5D MarkII, with the possibility to shoot HD footage, was a game changer for video makers. It changed again with the launch of the Sony A7s, its full-frame mirrorless camera heavily orientated towards video filming.

Now, as Canon announces its own mirrorless DSLR, the EOS R, we thought it was high time to take a look at Sony’s A7s camera and, specifically, the Sony A7sII update of this outstanding camera that further pushes forward its already impressive capabilities.

The A7s camera has quickly become the first choice for several kinds of productions: from music videos, corporate pieces and even small film productions. Its full frame sensor, the astonishing low-light capabilities, 4K recording on small and cheap SD cards, S-log, in-body stabilisation, a fast and precise autofocus, and other features that before were available only on high-end cameras.

Let’s see these specs in detail and you can watch our video further down the page. 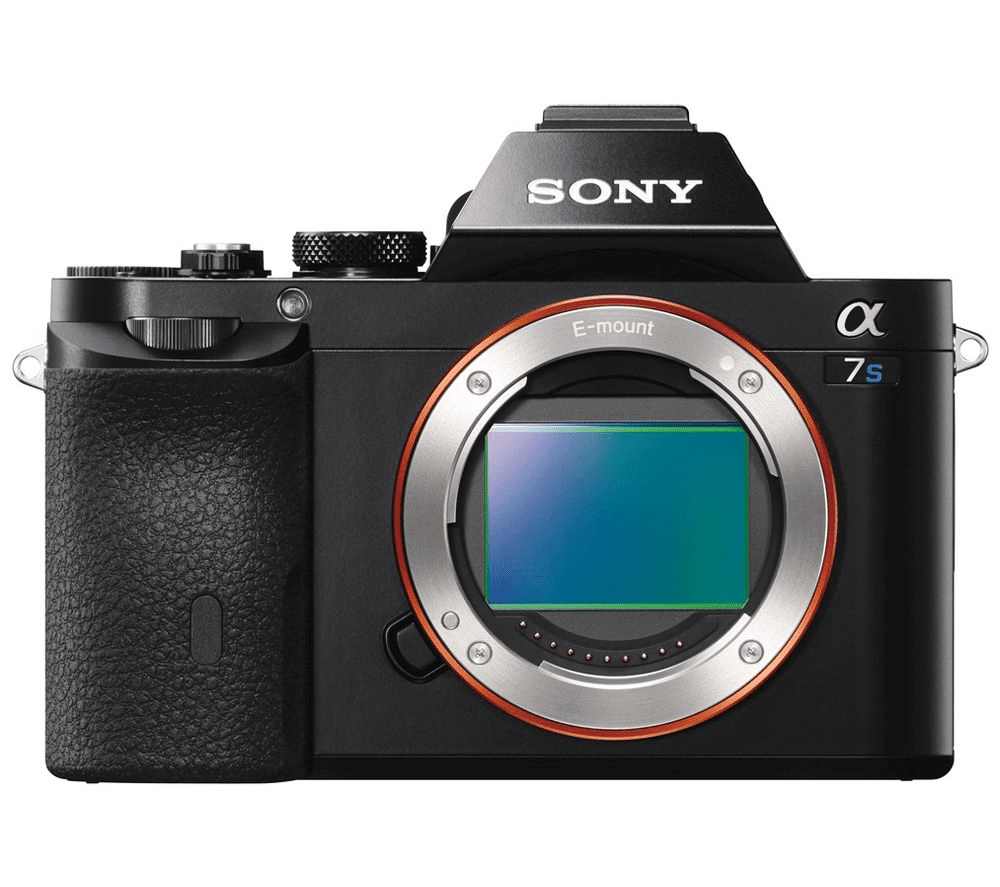 In the hand the Sony A7sII feels like a professional stills camera, although it weighs only 627 grams with the battery. It has 4 custom function buttons that can be programmed to do almost everything, even to change the record button which is strangely positioned on the side of the camera. The 3-inch tilting LCD screen does a great job, enabling low and high angles shots without any hassle.

The Sony A7sII is a mirrorless camera, which means that, compared to DSLRs, it doesn’t have the mirror inside it (helping create a reduced form-factor). This also means that it comes with an Electronic Viewfinder (that goes up to 100fps) instead of the classic one. That gives us the chance to see everything that we can see on the LCD screen, even the magnifier.

So, looking at it from the outside, the Sony A7sII is a very good video-orientated camera in the body of a stills camera, but what is important is of course, what is inside.

The Sony A7sII has a 12.2-megapixel CMOS full-frame sensor capable of recording great quality 4K footage at 24 and 30 fps, as well as FullHD up to 120fps, for the joy of the slow motion fans. It also gives you the chance to choose if you want to record using the full-frame sensor or Super35, making it very close to professional camcorders.

The sensor has also a 5-axis built-in image stabilisation, this means no more shaky footage when shooting handheld.

The ISO range is amazingly high, ranging from 100 to 102,000. With the A7sII you can say goodbye to underexposed or noisy footage at night or in dark environments, which is especially good for documentarians or for run-and-gun shootings.

The images that come out from the Sony A7sII are just stunningly amazing. Although it records in 4:2:0 8-bit, there is still so much space to work on in post, thanks to the amazing XAVC S codec – which has a far better compression than any other 8-bit codec, and above all, the possibility to record in S-log.

The Sony A7sII has the option to choose between S-log2 and S-log3, giving you almost 14 stops, and great space to retain highlights even in difficult situations, when you cannot have full control of the exposure. The image comes out with that flat look ready to be colour graded, and the skin tones are handled very nicely especially using these colour profiles.

However, the body itself cannot do much without a proper lens attached. The A7sII has an E-mount ring, the same adopted by professional camcorders such as the FS5 and FS7, so that it is possible to use those great Zeiss lenses made specifically for Sony cameras. In addition, there is also a wide range of adapter rings that make it possible to use lenses from most any other brand without losing the electronic features and the 169-point autofocus of the A7sII.

We filmed a male and female model separately and together, against a white background, and outside, to try all the different combination of settings that this camera offers. Inside the studios we used a Sony 20mm f2.8 lens, and a Sony Zeiss 55mm f1.8 and externally we added a Sony 18-105mm f4 zoom lens. Watch the video for more:

The Sony A7sII is a very nice ‘(almost) cinema camera’ in the body of a stills camera. It has pretty much all the features that one needs to shoot a professional product, the only thing that missing is the possibility to shoot in a more ‘edit friendly’ codec such as ProRes or CinemaDNG.

Biagio is an Italian filmmaker with a passion for story telling and an all round enthusiasm for all aspects filmmaking. He grew up in his native Italy before working in China and now London. He writes, produces, shoots and directs. Biagio has a vast knowledge of cameras both analog and digital.