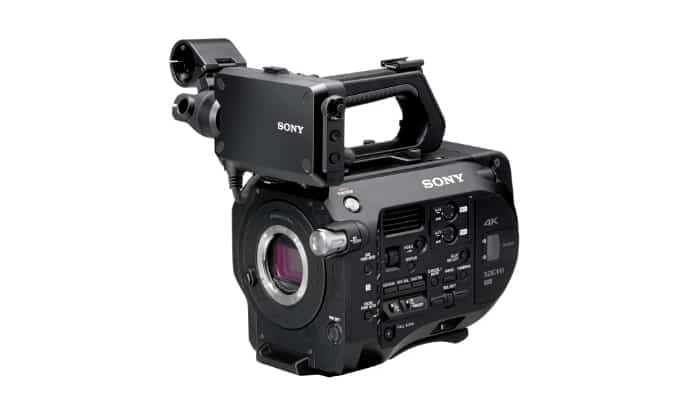 As an amateur cameraman (though with quite a few hours behind the lens), I have written this review for our Indie Film makers in mind.

The unit itself should retail around Â£6,000 which is comparable to the Canon C300 in price and applications.

It was a very honest and open presentation detailing the cameras features, functions, buttons, menus, grip handle and accessories. Sony offered no apologies that there was more to come from the camera. With firmware updates on the horizon there was the air of ‘coming soon’. The presentation offered a run down of what was included and some examples of formats and codecs and their applications.

We witnessed a comparison of shot types and recording formats and a great behind the scenes video about how the camera can be used in various scenarios. Indie feature or travel documentary would be ideal at first glance. 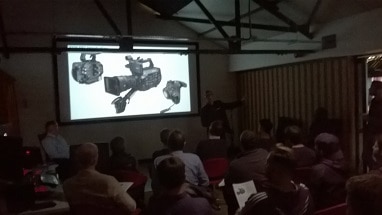 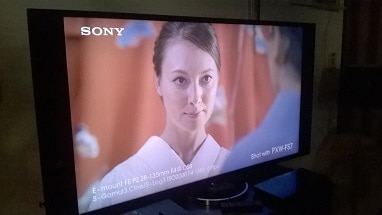 The camera features 2x XQD card slots with a great simultaneous recording feature. You can use one to record everything for smaller files sizes, great for documentaries and not missing anything important.

The PXW-FS7 is fully equipped with a Multi-Interface Shoe (MI shoe) that supports connection to external HDMi monitors, hard drives, media recorders wireless microphones etc etc. Great for lots of accessories, in and out of the Sony range.

The sealed compartments on the unit are great for adverse weather conditions and the sunken audio wheel in the audio section will mean you wont accidentally knock it mid take. The look up table is assignable in the same way but you can’t easily toggle it on or off. Sony were honest in their answers to questions about some of the features missing or in development, and referrals were always made to the more expensive Sony F5 which has these features and more. 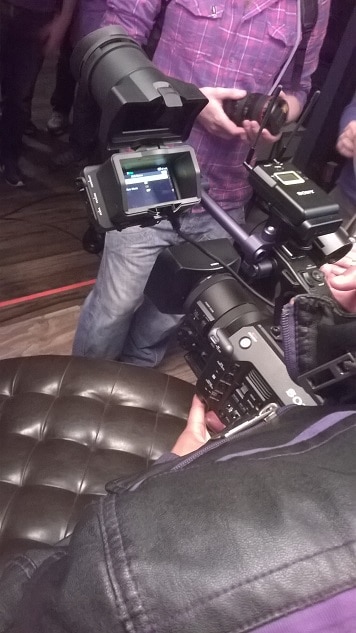 Designed for cameramen, by cameramen, the adjustable grip (supplied) can be moved to suit your carrying style: low angles shoulder work, hand-held docu style can all be catered for.

The Peaking and Zebra function buttons and contrast knob are positioned on the side of the PXW-FS7 viewfinder for easy adjustment of focus, contrast and exposure. Also, by turning a single knob and more. Having an easily adjustable viewfinder will offer more benefits and reports the more this is used in a wide variety of situations The body itself is a die-cast magnesium chassis, fully-sealed for extreme weather and robust usability in desert or jungle environments or for any video production need.

The functionality of the camera allows for a docu style turnaround on cinematic shots. Shooting in this way really tested the cameras set up and capabilities. 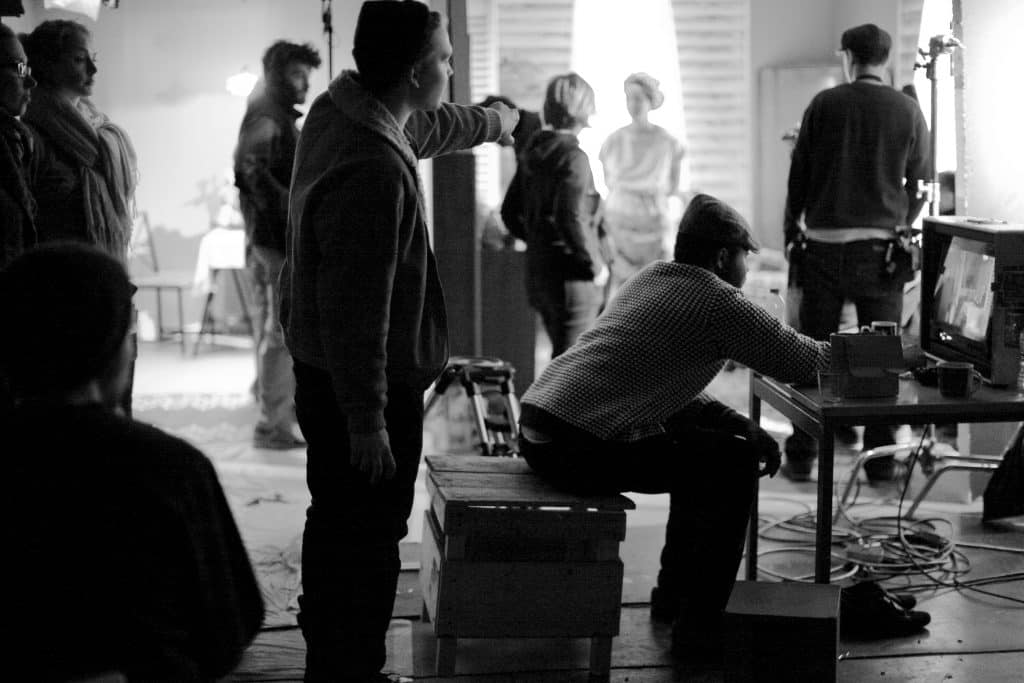 The PXW-FS7 has Sony’s Mount System, famed for its SFT (or Silent Focus Technology) and the Electrical Iris Control. The camera we looked at had the new FE PZ 28-135mm F4 power zoom lens. Other mounts available are the Zeiss prime E mount for a cinematic look. Samyang and Sigma are great cheaper alternatives for indie shooters. Look for lens adaptors too. The Metabones speed booster equates to a 50mm lens even though its a 35mm sensor.

Its a super 35mm sensor. Its a 4k sensor. It shoots upto 180fps in HD and 60fps in 4k with 17:9 RAW output available when using the XDCA-FS7 extension unit which isn’t supplied. There are several shooting modes and gammas. The S-Log3 (with the S-Gamut3 and S-Gamut3) are just some of the colour spaces available in CineEI setting.

Shooting in S-Gamut3.Cine/S-Log3 at ISO 2000 gives a decent exposure in ambient interior and exterior lighting. You can record high speed and slow speed at full res right from 1fps to 60 fps in both High Def and with the QHD slots too.

While shooting on a normal profile will give you great results but shooting on Slog 3 is to get those full 14 stops of dynamic range. Great for contrasty shots and environments. And the range and diversity of depth and lighting. Seeing a lighting fixture and see clearly out of an open window is a great achievement for a camera of this price range and does amazing 1080p and the ability to record 4k entirely. The variation is great to see.

Of course shooting with 4k you must use it to its strengths. Making sure you have enough interest and depth and content to fill the screen. Overall the Sony range offers more advanced and more expensive Sony F5, F55, F65 and then this model. With firmware updates arriving I’d suggest waiting until after Xmas to see what upgrades are available and when.

The Sony PXW-FS7 has a similar sensor found on the Sony F5. So owners of this and similar would be dissapointed to own one. For Indie guys the Sony PMW-FS7 seems like a good alternative for a much better cost. The jury is out on how it will wok in the field for indie guys and how straightforward DIT will be for them. When the camera comes into play mid October we will have a better understanding of how it works in a real world situation.

For indie shooters this camera is amazing and steps it up a gear past the Canon C300. DSLR users stepping up to this camera will certainly have to buy more lenses as EF mount canon lenses and the like will need adaptors so some functionality may lost. The addition XDCA-FS7 required for shooting 4K may put off some users but it paves the way for a higher resolution future for your indie projects and rental opportunities.