Regular user DOP Tom Watts came down to our London studios to test out our brand new lighting equipment for both video and photography shoots in the context of a fashion shoot.

“Camberwell Studios recently upgraded their lighting kit, so I went down for the day with a couple of models and a makeup artist to try it all out.

The main advantage is that you can see exactly what the lighting looks like as you’re making alterations which is useful, if like me, you are are usually lighting for film. Another advantage is that if you’re shooting video and stills at the same time, then one lighting setup will cover both without the need to set up separate flash heads.

The film lights I used were: 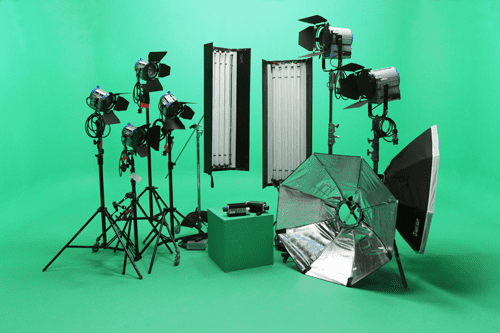 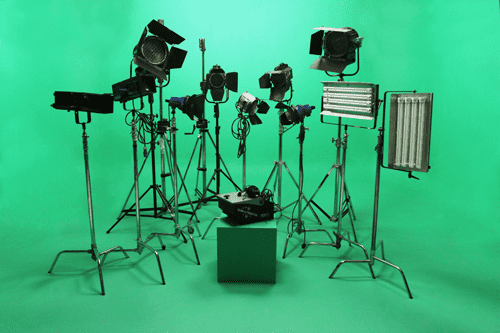 Lighting with coloured gels is a tricky beast. You have to make sure the colour palette you choose works together and also works with skin tones. It’s considered poor form to make your models look like they have jaundice. The other aspect of using coloured gels is that it will magnify and mistakes in your lighting which might get by unnoticed when the light is all one colour. Another point to note about coloured gels is that the colours can’t mix on the model or they will just bleach each other out to white which adds a new level of challenge to lighting the models well.

Below are some shots from the shoot. 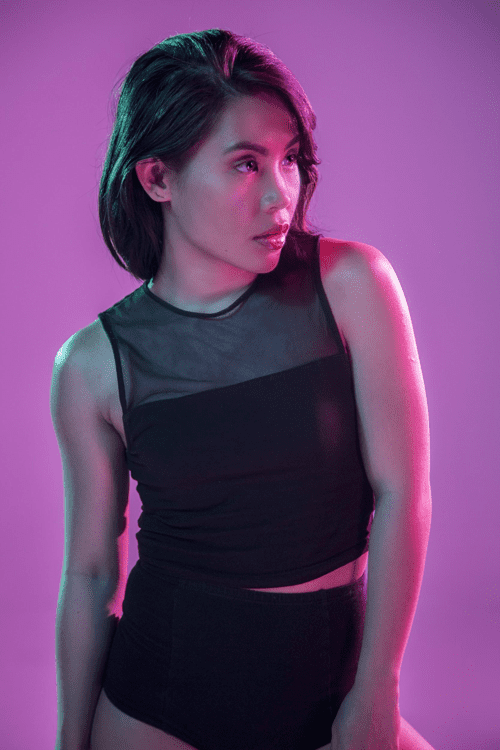 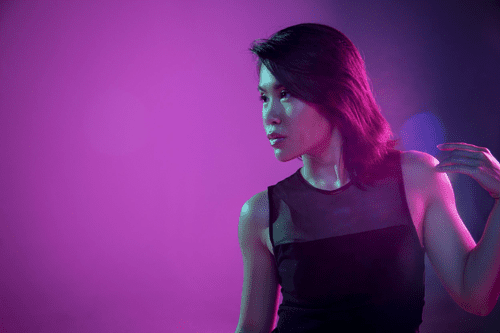 These first 2 are actually the same setup, by facing the model left and right she is catching different aspects of the set up. I used the two 2k lights with the softboxes attached as well as the 2 film gear light banks and a 650 light. The Soft boxes were placed either side of the model and gelled teal on the left and magenta on the right, I then wrapped the light from each softbox with a FIlmgear light bank gelled the same colour. The light bank’s slightly harder light adds to the soft light from the soft boxes to give you a smooth transition of soft light on the face to a hard rim light. The 650 was gelled and used to light the backdrop. 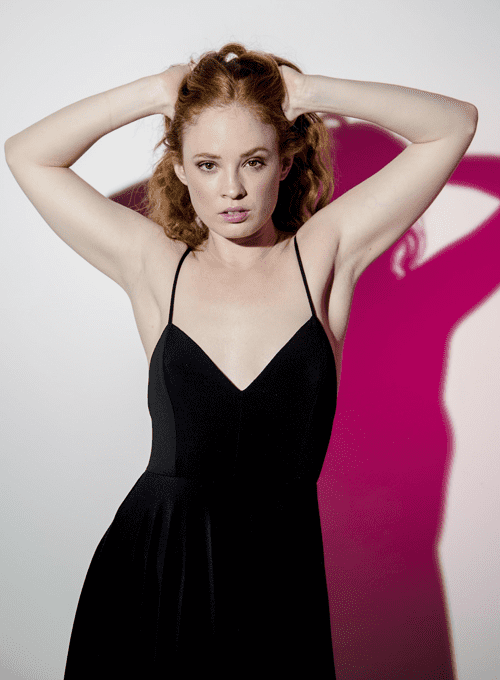 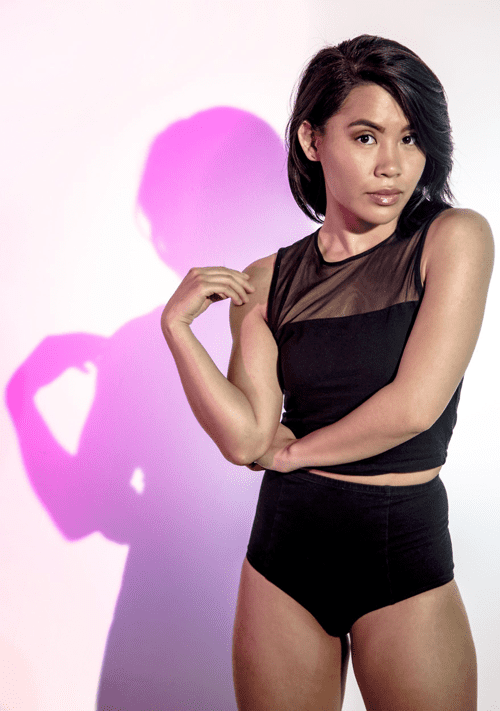 In these 2 shots I used a lighting technique to create a coloured shadow. These were shot with only 2 lights, one of the 2k Fresnels with a softbox and a 650. To achieve this lighting style the background is lit with a coloured gel and the model is lit with a hard light source which creates a clean shadow and bleaches out the background colour not blocked by the shadow. In this case I removed the diffuse from the softbox which in essence gave me a very large hard light source with a slight softness to it so it was more flattering. 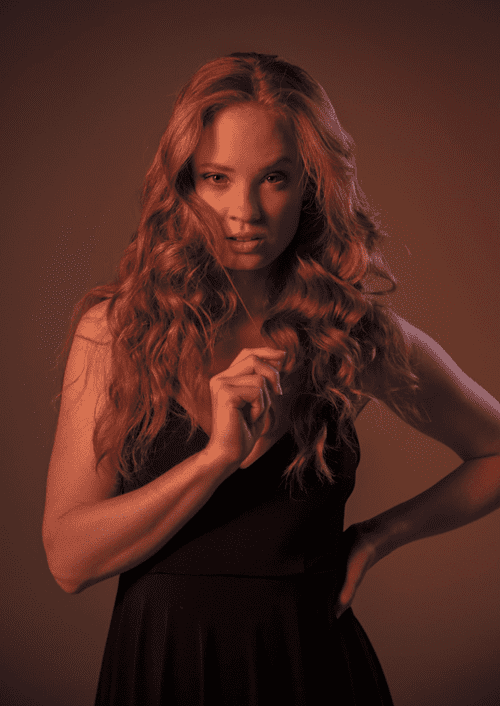 In this next shot I went with an orange and teal combination. This combination worked well with the model’s natural skin and hair tones. This was a fairly standard Rembrandt lighting setup with a few tweaks, I used the 2k with softbox as well as one of the filmgear light banks and a 650. The softbox acted as the Rembrandt light which was gelled to a full CTO, with the white balance set to tungsten this gives you a nice warm orange. The lightbank was set up as a opposite side kicker, catching the hair and arm. The 650 was gelled with a full CTO and used to light the backdrop. 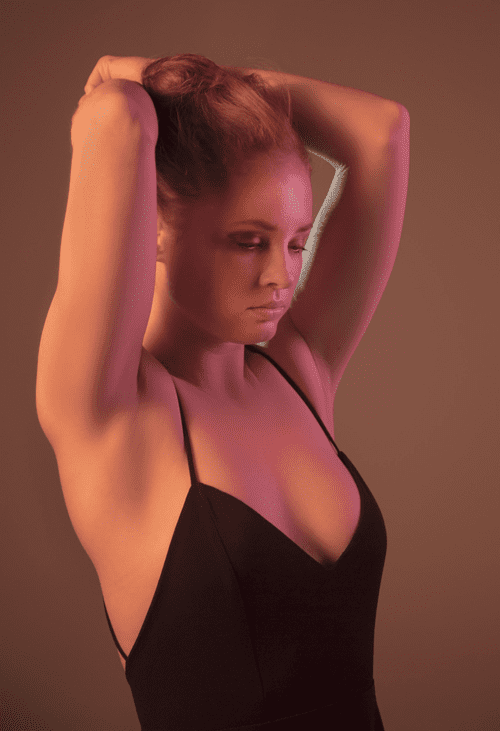 The next set up built on the previous one with an additional soft box gelled a soft magenta opposite the rembrandt light creating a subtle 2 tone skin effect. 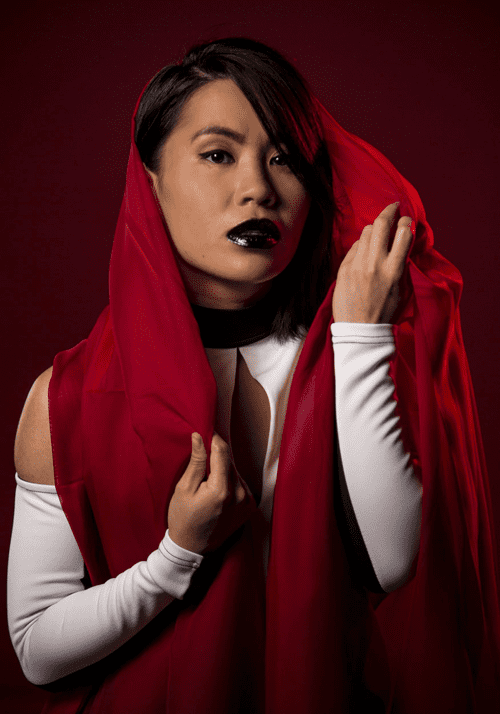 In this last shot I used one of the studios red coloramas as a backdrop. I used the 2k with softbox as a key light and a red gelled filmgear light bank as a rim light. To light the backdrop I just used the spill from the key light.”

If you are considering a similar shoot and would like to discuss your production and how we could help you call us on 020 7737 0007 or email studios@camberwellstudios.co.uk