There are several terms used in Green Screen filming. Colour Keying, the less commonly used ‘colour separation overlay’ or for ease of use CSO. CSO is more commonly found in weather maps on the news.

Compositing is a description of blending elements and footage together included chroma key footage. Green or Blue screen is used as a solid background colour, ideally as different as possible to the foreground subject of object. Mainly used in Film and TV as a way of reducing the cost of building sets, moving expensive actors and crew to exotic locations. Green Screen technology has increased the possibilities and reduced budgets and can add such depth and dimensions to simple corporate pieces too.

Early forays into film making special effects heralded the era of the matte effect. Using double exposures on film stock created never before seen film magic and those early principals have been developed up to this day. In the 1898 film by George Melies ‘Four heads heads are better than one’. 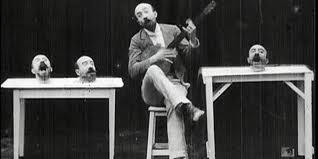 Used a matte technique called multiple exposures. Small of sections of the film strip were not exposed to light. This would involve painting over a piece of glass over the lens. This small part of the film strip would be unexposed to light hitting it and would be blank throughout. The glass is removed and replaced with a negative version of (what were once black squares blocking light are now the only window allowing light in). 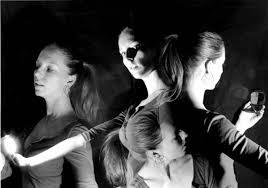 The sections once shielded from light are now the main focus point of and the same film strip is run back through the camera. This time ONLY the sections, previously blacked out, are seen. In this instance the film maker removed his head several times and repeatedly shoot the same actions to look like his head was being removed. A great movie moment was born and multiple exposures opened up many possibilities for the Film community.

Following on from that saw the use of the glass shot. A piece of painted glass was placed between the subject and the camera. The glass would normally be used to paint grand landscapes, extend the scale of houses or add in completely new vistas. This technique was very costly and time consuming and would involve a lot of set up time. In later examples the painting was done after the shot was taken and the painting replaced with the multiple negative technique described above. 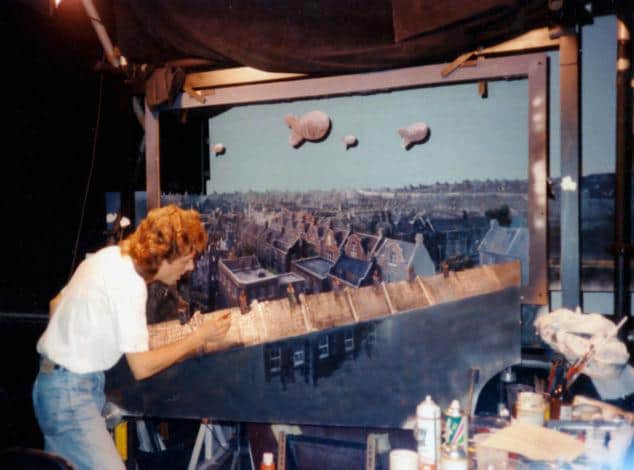 The use of travelling mattes were a great leap forward in not only technology but also in producing and planning. These techniques attracted a lot of attention and made them stand out in a new wave of Hollywood action films that were able to utilise this technique best. Then, through many experiments and mistakes came digital compositing.

Chromakey and compositing has come on leaps and bounds since the early days. Computing power has increased dramatically, as it has needed to. The advance of 4k cameras and shooting RAW requires a load of hard drive storage space and someone to manage it. Gone are the days of tape stock and the safe management of it. Nowadays numerous takes can be used to get the right shot and talents and scenes can be filmed as separate entities and merged together saving money in locations, time management and the cost of extras.

The late, great, Larry Butler first created and successfully utilised blue screen on the Oscar Winning ‘The Thief of Baghdad’ for which he won a special effects award. He combined the travelling matte technique with a blue screen. Ideally for the brand new Technicolor films of that new era. Following on from that several experiments were undertaken using ultra violet travelling matte. Blue screen had come along way in the 40’s and 50’s and some of the greatest developments can be seen around the turn of the 1960’s.

Background footage is shot first with the actors portraying their scene against the specially made blue screen. The subject must be separated from the background , removing any traces of blue screen so the subject is like a cardboard cut out. This specially made ‘actor sized’ hole can be overlaid onto the intended background footage and placed into a specially-made “hole” in the background footage. The blue screen shot was re-shot through a blue filter so that only the background is exposed. A special film is used that creates a black and white negative image. Male and female mattes, as they are better known are the cutout and the hole. You are removing what you don’t want from one layer and adding in what you do want in another layer and combining the two.

Now, in 2015, we have a huge array of pixels to play with, 6k recording, higher frame rates, better native ISO for more depth and more possibilities for easier and quicker post production work you can acheive amazing results for under £1k. Editing has become much easier too with improved workflows, better rendering times for reviewing and sharing cuts and takes with people all over the world to comment on has opened up a new world of post production opportunities.