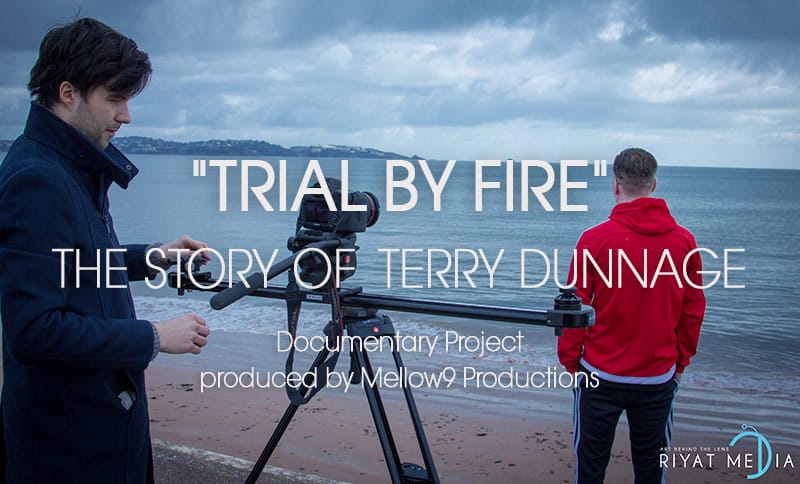 Trial By Fire is the story of Terry Dunnage who was set alight by his uncle in 2007. Mellow9 was faced with the task of bringing his story to life in the form of a documentary film. It would climax with Tough Mudder and in the process would take us from Northolt to Devon. It’s a story that is so harrowing and unnerving that we literally could not make it up.

We started filming in March 2016 and finished filming on 30th April 2016, the date of Tough Mudder. As we sit in the edit it really is starting to dawn on us how powerful our story is.

Terry Dunnage: The man behind the story

The first time I ever heard the name Terry Dunnage was late in 2015 when Alexei Nunes and I (Mellow9 Producers) were approached by the charity named after the founder Terry Dunnage Foundation to make a documentary about the life of the aforementioned. As he pitched his fascinating, too-tragic-to be true story to us, it became clear very early on that the name Terry Dunnage would and will be forever imprinted into our brain.

Terry’s story had that just made national headlines again as he had just won a landmark court case and laws would be set in precedent because of the verdict. The case was against an insurance company who had refused to pay out for nearly ten years after Terry had suffered life-changing injuries by his schizophrenic uncle (the insured) who set Terry alight in 2007.

This happened in Paignton Devon, where Terry had moved to for a more peaceful life. We learned that Terry’s uncle died in the fire, Terry himself was read his last rites twice, and as if it couldn’t get any grimmer while Terry was in a coma, his baby daughter passed away from a pre-condition.

“Trial by Fire” Documentary – How It All Began

And although the documentary would focus on Terry rising from the lowest of depths to attempt Tough Mudder, being the director, I knew I’d have to cover all bases in order to tell a story.  And fundamentally Trial by Fire – The Terry Dunnage Story is a story.   All story, whether true or not has to be constructed, planned, written out, manipulated in order to draw in an audience to follow Terry’s story.

The documentary genre is constructed just like any other genre you commit to film and the editing process.  I had to tell this tragic story about this brave man who would become a friend and I found myself having to focus on what I needed from him in order to do him justice, especially as his charity had hired me to do this and to do it well.   It seemed like a thin line to tow.  So how did I tackle this? 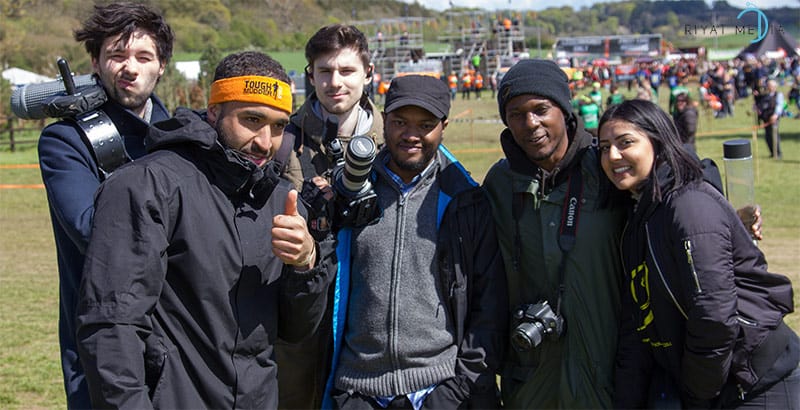 Preparation is key! Alexei and I planned every detail of the story, how we would shoot it, who we wanted to hire (after all you’re only as good as your team). We brought back our usual suspects from our A. Cookes Pie N Mash documentary, DOP Michal Popowicz, Soundperson Stefan Stefanovic with Pavan Riyat doing social media (very important role these days) and Riyat Media doing stills. I wrote the script, but was careful not to overwrite it (some things would manifest itself as I found out).

So schedule done, equipment sourced we set about bringing Terry’s story to life – And we started in the deep end on shoot day one; visiting Atlanta Dunnage’s grave in Northwood Cemetery, Terry’s daughter who had died nine years ago. The weather was like it is now, minus the snow. It was a beautiful setting grown out of tragedy, and it turned out to be the best decision to start here.

We would go on to shoot for 9 days over two months and I was honoured to share Terry’s first journey back to the scene of the incident in Paignton Devon and then onto Bristol Frenchay hospital, where he died twice. My crew was amazing and along with Terry we laughed, we bonded and this project has become even more personal to me. 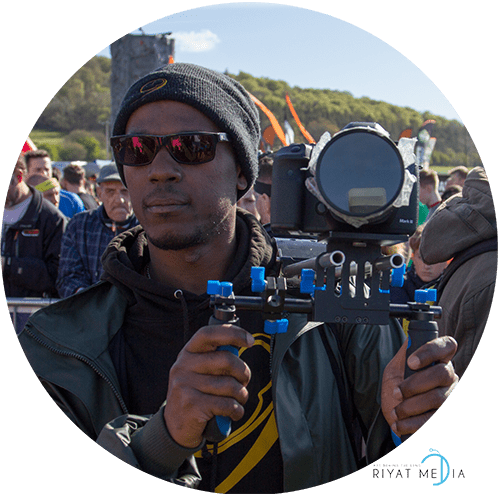 ‘Leave the camera on as much as possible because often the best footage is captured when you think nothing is happening and after you call cut’,

On the pitch black drive from London to Devon I instructed my DOP and Soundperson to record Terry as he drove and probe him (I was in the car behind). The story they captured from Terry was one of the most beautiful I’ve heard, as Alexei can testify.
We now have the beginning to our film!

Two weeks and twenty minutes into the edit and the hard questions have been vindicated. It’s looking amazing, we’re constructing reality and we are confident we have something that will resonate with an audience.

‘We pride ourselves on being story tellers. It’s about how the audience reacts to our work, and we want to ensure that we make an impression’, Alexei Nunes (Trial by Fire Producer).

Trial by Fire – The Terry Dunnage Story is currently in the edit and we hope to have a first cut by end of summer 2016.

You can see the rest of Mellow9Productions pictures from the filmmaking process by following them on their Social Media here: