What is a Sci Fi Film these days? 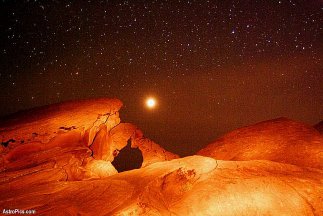 Sci Fi Films Over The Years

Early film works were expressions of political lives and studies of human cultures and interactions. Science fiction burst onto the scene as a kind of fantastical escape from social and political problems at the turn of the century.

What followed was years of obscure and financial flops which put major studios off the ideas that science fiction films postulated. Unfortunately that thinking still plays a huge part in investor’s reasons for turning down funding. The ideas posed in the Sci Fi genre are often too risky, bizarre and uncommercial for the money men to believe in and so they all too often play the safe card and look at re-brands, re-threads, re-imagining and stories often getting the nod over new concepts.

From the 1930s to the 1950s, the genre consisted of B movies with tiny budgets and fake looking props, costumes and lazy script writing. After the commercial success of Stanley Kubrick’s skewed and subversive ‘2001: A Space Odyssey,’ the Sci Fi film genre began to draw great attention from serious film critics and allowed in newer types of audience who could now relate to other themes being expounded in the genre.

Then, in the 70’s,much larger features were made, complete with new special effects technology, and audiences again could get lost in the concepts and themes of the future – robotics, space flight (special note to the 1966 Star Trek TV series here to which a whole new type of fan-dom audience was born) with much more realism and escapism. Of course, no science fiction genre back story would be complete without paying a gentle homage to Star Wars. Seasoned old professional actor Sir Alec Guiness had the foresight to request a portion of the films profits, which of course turned out to be a very shrewd business move. Originally the idea and concept was panned by some areas of the film community but soon it became apparent that Sci Fi was here to stay and grow and grow.

This article will give you some good tips about creating your own Sci Fi masterpiece. Early Sci Fi Film-making work will tell us you don’t need to have fancy props and lots of money to hit on a winning concept. The ideas often speak for themselves. The execution is key though. You need the audience to feel that they are right there in the spaceship, or being experimented on, or .you need to tap into real world current affairs and look at what social/political structures are currently hot topics in the community. What about the use of robotic drones for war? Those ideas have been bouncing around for years, bringing those theories and themes to life is the mark of a great Science Fiction film.

Science fiction genre builds stories around current scientific theories. Sci-fi stories often occur in outer space, time travel or deal in complete fantasy. If there is science involved, there is a fiction to be told.

There are many Sci Fi sub genres but the main three are:

1. Scientific theory – Accurate details of current Sci Fi themes as the main hub of the story arc. Showing the audience how new technology can change characters and using locations to break normal film making codes of practice, such as information technology -computers taking over, robotics gone wrong and a social dis-order of some type – Think Cyberdyne Systems model 101, Hal9000 and Mad Max.

2. Soft science fiction can have all of the above themes but these will be separate from the human interactions. Like a space soap opera such as Battlestar Galactica. This show, with a few script tweaks, could have easily been based on a frigate, miles out to sea. The Sci Fi plays a role but the main aim to is convey actual humani emotions.

3. Social science fiction – Less about space and technology and more about focussing on a society and sociology. Post-apocalyptic themes – war, outbreaks of viruses, or general disasters, and the survival of the civilization after that disaster.

Making a science fiction film, requires excellent design and planning. You are creating fantastical worlds full of new themes, text, graphics and character development for the purpose of escapism for the audience. Green screen can be one of the most important aspects to creating your Sci Fi film . It can really offer lots of avenues to explore like never before.