The Importance of – The Runner

If you are in TV or Film production then some of the below info may be preaching to the converted. You may have lots of prior knowledge of the long, thankless and often unpaid role we all in the industry call the runner.

If you want to add this role to your CV you may want to go slightly upmarket and call yourself a production assistant but we all know what you really mean!

Runners – Who, What and Why? 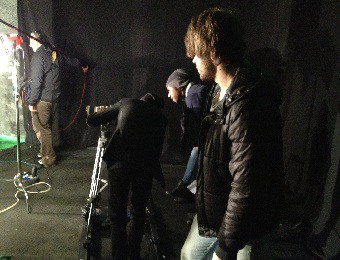 Runners generally started out as wealthy, affluent young men who wanted to work in Pinewood Studio on films such as James Bond and other features being made in the 60’s and 70’s. So keen were they to work on these productions that they often offered their blood sweat and tears for free.

Unfortunately for the rest of us this method of slave labour/volunteer-ism stuck. Now production offices get flooded with emails from young students and graduates living off parents or savings or have two jobs who want to get a foothold in the industry and will pretty much do weeks of work for no pay whatsoever. Some may get to meet the stars in big budget productions but often they are tea makers for corporate production companies.

Moving on from these running positions is a little difficult at first as those above you have been there before. So although they understand your plight, they wont stop and pity for long as in their eyes, they have been there, done it, and got the ironic skinny, coffee-stained T-shirt to prove it. The attitude is often do or die and can be very demanding on social lives. You will be mainly expected to bend over backwards for very little return or very little pay.

Generally the runners are first to arrive on shoots and the last to leave. Runners will occasionally be the butt of jokes and the brunt of crews’ calamities. You will make tea, stand about for long periods then be asked to move at lightning pace while clients and crew ask you all manner of weird and wonderful requests.

But wait, put that application to another role away. The role, if your lucky, and stick to it, can reap great knowledge and benefits. You will be involved usually from the very beginning, often researching locations, kit and crew and all of the finer (and occasionally ) the most important details. Even tiny tasks can delay bigger sections of the shoot so although your good work may go unnoticed it will be highly notice for all the wrong reasons if you fail to do something asked of you, so pay attention.

Some runners literally make tea, stand with their arms folded until called upon. Some runners stick with the technical teams and often end up with some very good on-the-job learning and even further employment as an assistant.

Generally as a tip to readers thinking of getting into the industry, ask questions, listen and practice. If you have access to any uni equipment then book it out and research all techniques. Most smaller production companies now look for multi-skilled operatives who can shoot and edit. There are some very qualified people vying for the job you are after so get ahead of the game.

Being a Runner – The Benefits

Although your good work and efforts may be with menial tasks even task such as making tea, can have a big effect on the production. These small jobs, done well, in the background will make everything run smoothly and you’ll be a pleasure to be around. Smile on the job and focus on the task in hand, prioritising jobs as you see fit. There is no real method for this as it comes with experience. Smaller shoots will usually offer a more hands on and creative role and you will undoubtedly become an essential cog in the machine. Work hard and don’t give up. Looked closely at the further role you wish to take. Will you be admin and office based? This may lead to a job as a producer. Will you be more useful as a rigger or technical person? Is lighting, sound, or editing your niche? A runners job is never done and that goes with the extra learning you will get from seeing the production aspects come together.

Any question? do not hesitate to contact us we are happy to help.