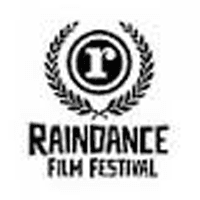 Last year Camberwell Studios teamed up with Raindance Film Festival and gave away a free studio day worth £1000 to the winner of the Shorts competition. There were some really amazing entries this year and many deserving winners but they final accolade went to Lauren Pouchly, Producer of the winning Film ”Irreversible’.

In this article Lauren Pouchly and Lewis Metcalfe wrote for us they outline some of the challenges they faced getting their film made. Quite a story – which we hope you enjoy.

More info can be found on the collabor8te website.

When Rankin approached me about Irreversible, my initial thought was ‘what a great scheme’. We’ve hit a period in the last couple of years where funding is the largest hurdle to jump when trying to get a short film off the ground so this was a fantastic opportunity. I read the script ‘Irreversible’ which was set in the north, and I could picture the story really clearly and I was instantly drawn into the plot and the project.

The heart of the story tells how as humans, we react differently to intense situations. The main incident in the film is definitely intense!! And we see 2 brothers deal with guilt in completely different ways.

Lewis and I discussed the locations and cast at great length as these were going to be 2 really important elements to this project. We agreed to find one ‘named actor’ and one rising star. We ran casting workshops and worked with various agencies in the north west as well as working with Amy Hubbard in London. We were very pleased with the result which saw Robert Emms and Jamie Shelton in the leads.

The locations were all very real, based in estates in the South Manchester area. We hit lucky on the weather and we had a fantastic crew of around 20 who worked long hours to get the film in the can. It was a 4 day shoot in total followed by a few months of post.

The sound design and composition was the next crucial part of the project and Lewis worked in great detail with the Designer and Composer to create the desired effect for the film.

Once complete, the festival rounds began. We were delighted to get into Raindance which is a prestigious festival and when it went on to win Best UK Short Film, we couldn’t have been more pleased! I was actually away at the time and as I landed back in the UK and put my phone on the first thing I saw was a picture of Lewis with the award. 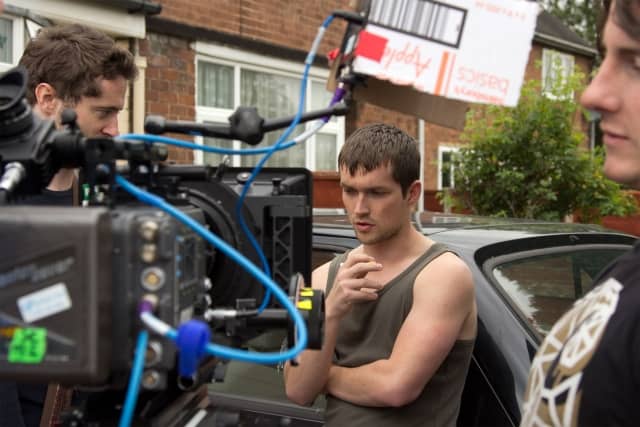 The prize with Camberwell Film Studios was an unexpected bonus and we’re really looking forward to getting creative with that.

As a Producer, I find it important to keep on challenging myself with the types of films I work on. The genre / the locations / the logistical requirements – they all play a part when I read a script for the first time. I have produced shorts in the past with UK Film Council schemes such as Digi shorts as well as independently funded projects.

You can see some more about projects I’ve worked onthe Finite Productions website.

Finite is the production company I produced ‘Irreversible’ with and I worked with them for a few years. I also run a charity that work with homeless people through film and earlier in 2013 we released a music video online which is a parody with a punch set on the streets.

For those looking to get a project off the ground, keep an eye out for schemes such as Collaborate and also get signed up to the Creative England newsletter. If funding is proving a struggle, then look at producing a quality short story on a smaller budget, something like Virgin Media shorts is a great place to start as it is a shorter format but a chance to get your work seen and sharpen your tools.

I seem to find my inspirations from strong atmospheric stories. Shorts like ‘Field’ by Duane Hopkins and ‘Crossbow’ by David Michod; both have a very strong stylistic presence that, love or hate it, stays with you long after viewing. They have a sense of story and world that surpass the narrative we’re allowed to see, forcing the viewer to indulge further in the world created by the filmmakers. ‘Field’ was the first short I watched that had a meaningful affect on me. The dialogue was almost non-existent and yet it told a very powerful story of over-charged adolescent masculinity and regret. I could identify with it completely and it was a direct inspiration for my award-winning short ‘Fight’.

Having seen countless shorts that relied too heavily on a quirky twist or shorts that cram in feature length ideas, it was incredibly enlightening and was an education on decent filmmaking. ‘Crossbow’ is a major influence on my Collabor8e short ‘Irreversible’. It has a unique approach with voiceover and dabbles in themes in an almost throw-away manner, yet it somehow makes them all the more poignant.  The team behind it, Blue Tongue Films, seem to lead the way with top quality shorts (‘Miracle Fish’ being another great one) and powerful low-budget features. David Michod’s ‘Animal Kingdom’ was their debut feature and they played it perfectly. The story and world fit within their budget so nothing looked cheap or compromised, enabling it to enjoy a cinematic release without looking out of place. This is exactly how I intend to approach my first feature as too often I see filmmakers stretch their small budget on a big concept, compromising all areas of their production – which ultimately undermines their story.

”Winning Raindance was a great success for the film and the team.”

We wish the crew of this amazing, and deserved winner all the best of luck and we cant wait to hear their project ideas for their Studio day prize draw. The prize is a days shoot in one of our studios. We offer lights, studio assistants and help in turning their ideas into a reality.

If you want to know more about our green screen film studios then please visit the website below: