Our previous clients who are climbing the ladder of success. 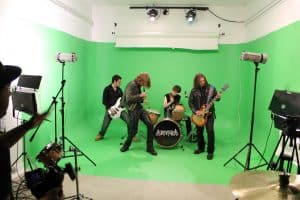 This Blog looks at some of our previous clients who are climbing the ladder of success.

You may not have heard of some of the artists featured here today but their videos will hope to change this very soon. As an artist or resourceful Music video film-maker I think you will find some of the stories inspiring.

Our first look into the underground indie music video world details the rags to riches story of Artist Joe See. Joseph Chaganiza is a chef by day and prepares meals for the horse guards parade at Buckingham Palace and was looking to make his first music video. He came to us with an idea, the track already made by his fair hands. Lovingly crafted and unique like the food he makes, Joe had a clear idea of what he wanted and didn’t want the video to be like. He was a hip hop rapper inspired by young love and innocence. Not at all Gangster and aggressive like some Hip Hop tracks and Joe insisted that he wanted to go down a another route.

Joe wanted to paint a different picture with his proposed video shoot. The track infused sampled jazz, light-on-drums and electronic sounds final master mix. This was lovingly chopped, sliced and diced together in time for the day of the shoot. Several meetings to asses the style, design, layout, effects and pacing of the video gave us a great starting point. The challenge, for Joe, was even greater as to save money he wanted to edit himself. This meant a total crash course in green screen extraction, after effects techniques and general editing skills, all learnt in a very short amount of time.

We shot the video in 4 hours and the shoot budget, greatly assisted by an award winning cinematographer, James Mackinnon, was stretched far. Aside from Joes time in the edit. (which was to be a baptism of fire) the shoot cost under £400 pounds and is a great testament to what passion and time can do for a project.

Joe is currently gigging and spreading his kind worded but current vocals. See his self- edited Camberwell video below:

The next 2 videos both have very different visual styles. One is a shot to represent a very dream like scenario the next, a nightmarish vision of a audibly tortured fellow, haunted by a young man. Like the 1st the representational video uses visual metaphors to convey its meanings as this can be a good way to tell the story without lots of expensive narrative set pieces.

So we’ve seen some excellent white screen shoots and dark and moody set builds shoots. Below is a great series of blackout music videos. Shooting against black requires less setting up and can be great for the film noir look. It is important to black wrap and flag as much spill as possible. Best suited for crushed blacks in the camera menu and higher speed shooting too. Ideally you want some good contrasts. Make it black or bright. No greys and middle grounds

The next video we showcase will feature someone you may well know and comes with a word of warning when speaking before thinking!

So.. I walk into our kitchen, a rocking looking dude is there making a tea for himself, long hair, grunge beard. All in black, bit beardy. It may well be another roadie, dropping in kit for band shoot in Studio 1. 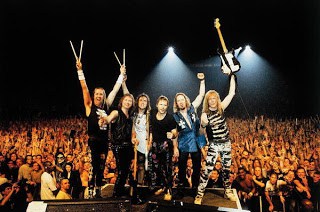 As usual, I started to ramble on about something. The weather probably….

‘’Where you based then mate? London? Don’t cycle in then do you?’ …yeah, I had a right nightmare coming through Elephant and Castle roundabout, buses, what a nightmare, dozy lot eh? Wedont see eye to eye, blah, blah, blah……….!’’

…..It was Mike Goodwin, our Studio 1 Rock Promo client.

‘’let me introduce you…This is Adrian Smith… from Iron Maiden’’…

Black adorned roadie extends his firm grip into my hand. I am aghast. He will not have cycled in, he would not have braved the rain. He does not need the tube. He definitely won’t be cycling on the Elephant and castle roundabout at 7am. He won’t be happy that I described his beard as grungy. Not only is this not an acceptable noun. It is not something he will ever have been associated with. (Grunge is American and is probably derived from Maidens great work!)

Pure and simple, Legend. Even more so to see a slightly soggy Adrian Smith, hood-up, coming back from our local shop near the end of the shooting day. We wish him, Mike Goodwin and the rest of the band the best of luck in their future projects.