Since opening our London film studios for business on Valentine’s day 2009, we have worked with over two thousand productions of all shapes, sizes and types – from the common (music videos and PTC’s) to the obscure and odd (filming spit-roasting pigs and two days of plants on blue-screen).

Nine years ago, studio 1 was an empty hall with uneven walls and floors. It was cavernous and noisy. We built a greenscreen infinity wall, put in some rigging, plenty of power, black drapes and away we were. Last year we re-laid the floor and put in a 270º cyclorama (ideal for augmented reality by the way), built a new rig to provide more lighting options AND … covered the walls and ceiling with acoustic tiles.

It’s already a much better studio space, but we haven’t stopped yet. Our next set of improvements will be aimed at making the studio even more flexible for a wider variety of shoot types.

Our studios are green screen as standard. We also drape the space to black for no extra charge. Unfortunately, going white has always meant we have to repaint – a cost no one really wants.

Our current thoughts are to go white as standard and install a green screen cloth on rails so we can (more or less) change to green by pulling the cloth around and laying green vinyl on the floor. This way we think it should be possible to film set-ups in green, black and white on the same shoot, with only the minimum of disruption. 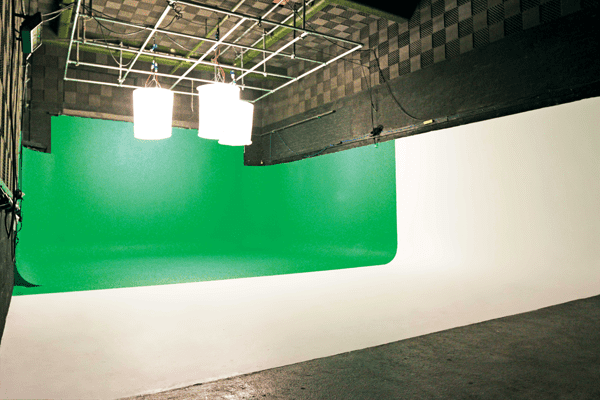 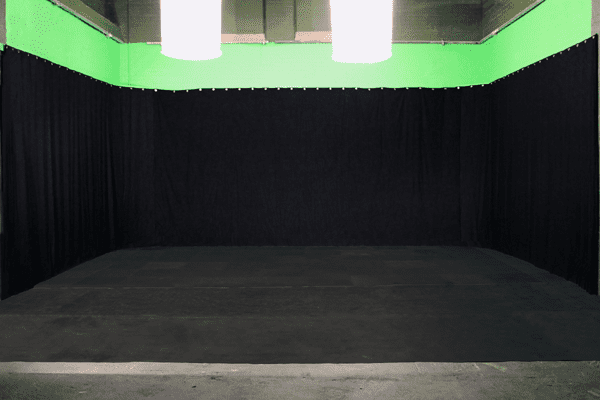 A few hundred acoustic tiles have made a big difference to the audio quality. Whereas the sound used to bounce around the space, now it doesn’t. We have just finished building more acoustic protection in front of our drive-in access into Studio 1 – again to good effect.

We will continue cladding the space with sound protection. Next is to install acoustic baffle boards hanging from the ceiling as well as On Air lights to let everyone outside the studio know sound is being recorded.

We have always kept a small set of lights in stock (2K fresnels and bambinos, 750 Arri spots and 2K cool lights). We plan to boost this with Kino Flos, some 650s and 2Ks. We also have excellent relations with a number of kit houses from where we can source most items of kit.

Over those 2000 productions we must have seen most things. The most popular shoots have been corporate pieces to camera, or as we now call them explainer videos and music videos. Over the last year we have a lot more requests from content producers looking to get as much done in a day as possible. There was a three month period in the middle of 2016 when every other production seemed to be about virtual reality. We’ve done a lot of fashion shoots recently – they love the wide white open spaces. There has been a few requirements to suspend people of objects from the rig (no problem) and some want to play in water (again no problem subject to a proper risk assessment.

Really, more or less anything is possible with enough planning, care and consideration.

It has always been our objective to be London’s leading independent film studio facility. These measures will help us continue along that path. Ultimately its you our customers who decide that.

Here are some recent customer testimonials:

“A great shoot yesterday at Camberwell Film Studios for a green screen music video – loads of space to do what we needed to do and very friendly and flexible staff. Thanks all!”

“It was an absolute delight to work with you and your team. The venue was perfect and your staff went out of their way to help us with far, far, far more than we ever expected. At times, our shoot was stressful but every time we had any kind of problem, Joseph seemed to have the solution! I really wouldn’t think twice about filming at Camberwell Studios again. I really hope this was the first of many collaborations ahead.”

“We’ve used Camberwell Studios for a number of productions and they’re always a pleasure to work with. Having used both studios I can confirm that the facilities are ideal and the staff are incredibly friendly and accommodating which makes all the difference on a stressful shoot. Whilst perfect for green screen  projects they also were happy to quickly re-dress the studio for black draped setting when our editorial changed last minute and the space in Studio 1 is sufficiently large for even ambitious shoots. I wouldn’t hesitate to recommend them.”