A Year at Camberwell Studios

1) The Camberwell Studio office get their 15 minutes of fame.

Looking back on a year at Camberwell Studios, one of the fun highlights of 2016 was our big screen debut! Back in September, we welcomed WAG TV into our large Studio to film some extra shots for an upcoming Nasa documentary. They were a small crew and needed some new faces in their scenes, so our office were more than happy to step in. Catch the Camberwell Studios offices’ 15 minutes of fame coming soon!

When PLATFORM came in to shoot some simple head shots and motion in our soundproof studio 2, we got to be one of the first people to try their new product: a virtual reality casino experience complete with 360 degree technology.
This was just one of many 360 degree related moments in our studios this year. In September, our resident DOP Tom Watts give an insight into filming in 360 degree technology to our FREE Seminar guests. If you missed it, you can read his thoughts on filming in 360 degrees here or watch the seminar here: 360 Video Seminar: Full Video

We have hosted many more shoots for the likes of leading fashion magazine Wonderland, Vogue Italia, The 10 Group and many more besides.
Fashion is an area which requires lots of visual content and our studio space is perfect for time constrained fashion shoots. With our ability to go from green to black to white, we offer a flexibility and value few studios can match.
Catch Camberwell Studios in the next issue of Wonderland Magazine!

Many of our studio bookings start with an enquiry from a Production assistant. This year we have noticed the term ‘Content Creator’ coming up a lot. This term has emerged in the video production space reflecting the Internet’s insatiable hunger for anything that might be educational, entertaining or informative. Not all content producers are created equally though. Many come from a broader background that video/film production and whilst not short on ideas don’t always appreciate the possibilities and issues in each idea.

Sometimes your productions and requirements change with very short notice. Luckily, Camberwell Studios is flexible and more often than not, we can work to accommodate last minute changes.
At the beginning of November, we were asked the night before a shoot whether it was possible to change our standard green screen to a special blue screen background with the greenscreen floor. This request is quite unusual these days. A very specific blue paint is required for colour keying, but once again, we pulled it out the bag and got the job done at short notice (shout out to our insomniac caretaker Joe for the overnight paint job!).
It turns out we had some leftover blue chroma paint in our store cupboard from a previous shoot and everything worked out perfectly! 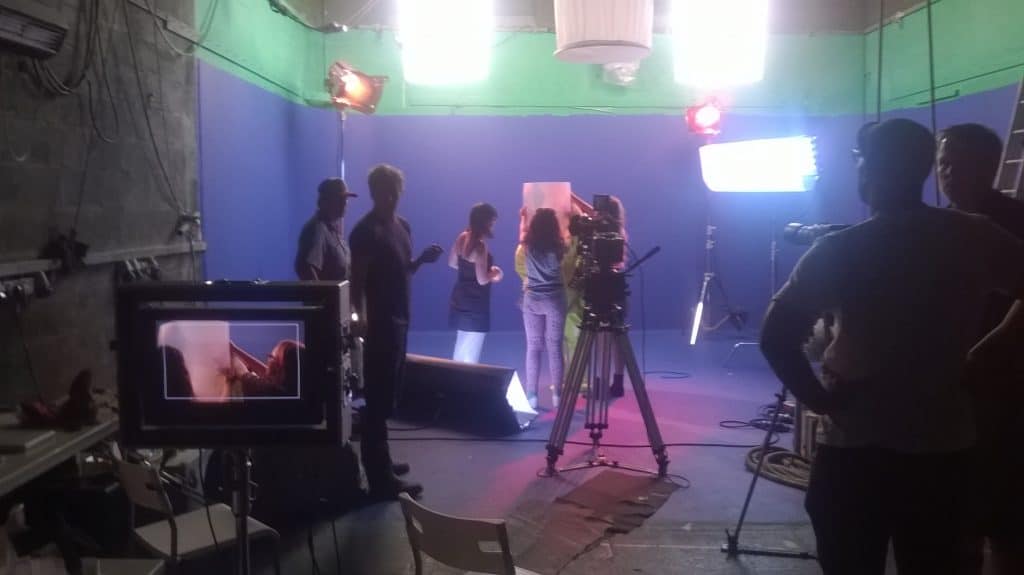 Find out what the difference between Bluescreen and Greenscreen is, here!

6) Celebs in the Studio

Excuse the name dropping, but we often have high profile production companies and the odd celebrity coming into the studios to film their stuff. In February, Lindsay Lohan popped for a few days to shoot for scenes in Studio Just last week, we welcomed Jude Law and his crew and they let us smash up a car they had purchased from a nearby scrap yard so they could use it for filming – a great way to break up a day in the office! Jude was also more than happy to stop and chat with us in between scenes. In this past week we had Jeff Stelling from Sky TV doing a promo for Prostate Cancer UK, whilst in our other studio cast members from the original Thunderbirds were recounting their days in the spotlight. Here are a few other VIP appearances at Camberwell Studios:

Music videos are probably the second most popular type of shoot we welcome here surpassed only by talking head explainer video presentations. Skunk Anansie came back for the third time to film their new video and our friends at Epik Music Videos were here half a dozen times filming everything from stripped back dance choreography to fire breathing!
Perhaps their most exciting music video was a short, comical video for Youtube star Dodie as part of a wider production for Coke TV. This also included an appearance from Rita Ora and most importantly, our very own resident Creative Director Tai Campbell.

Here are a few behind the scenes photos from Epik’s music video productions. 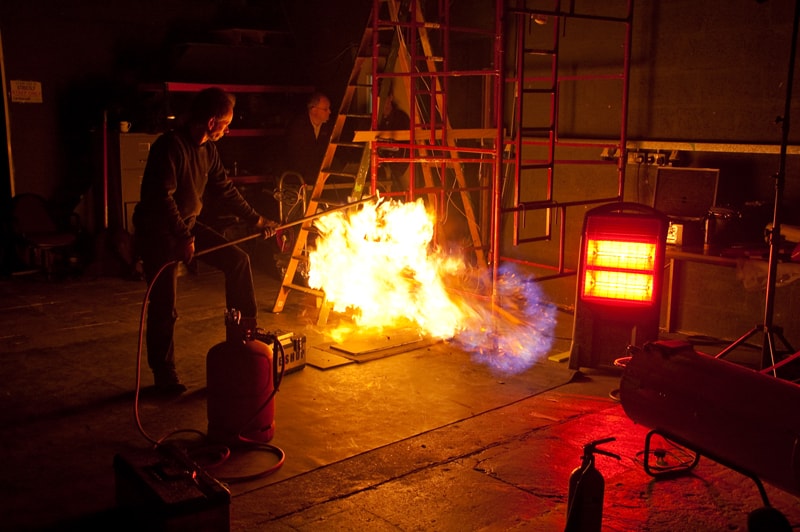 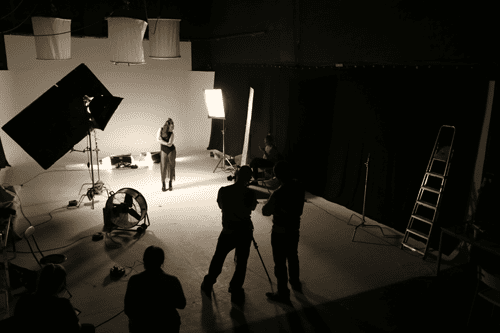 It was another busy year with the animals. The famous ‘Dogtor’ Woof visited us in his tardis. There one minute and gone the next.

Dogs are usually the easiest animal to deal with. This year we’ve had monkeys, a bird of prey, a seagull, some chameleons and.. lots of dogs – not many cats though! Filming with animals is often quiet unpredictable and sometimes tricky. We’ve had plenty of experience with these types of shoots 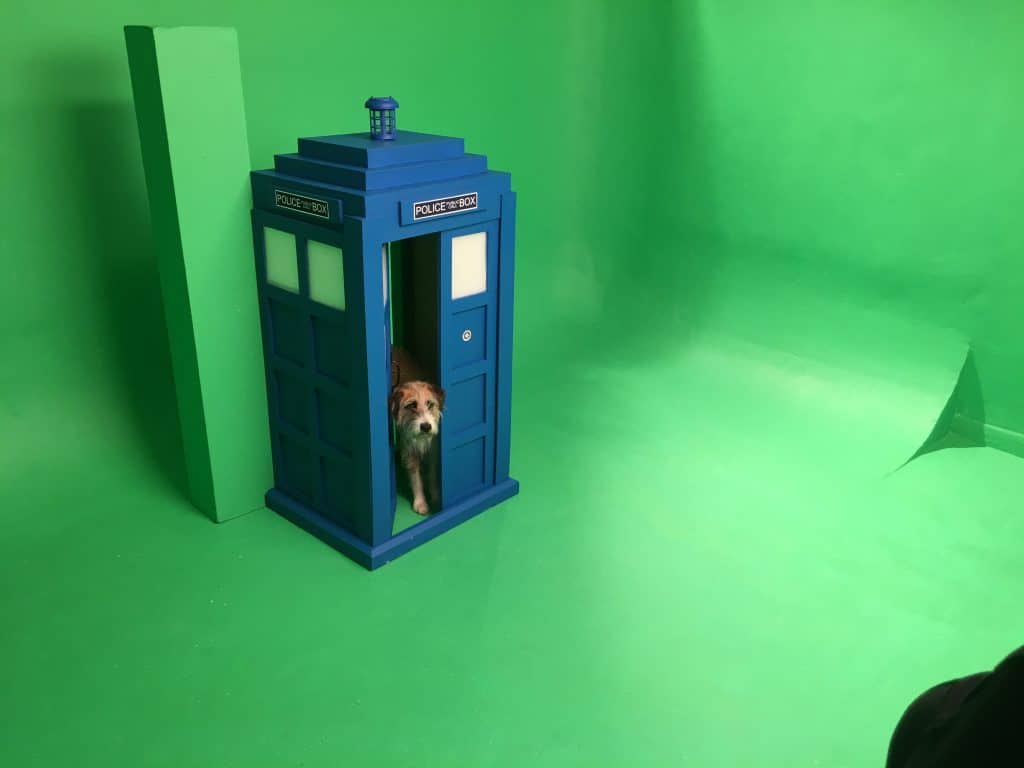 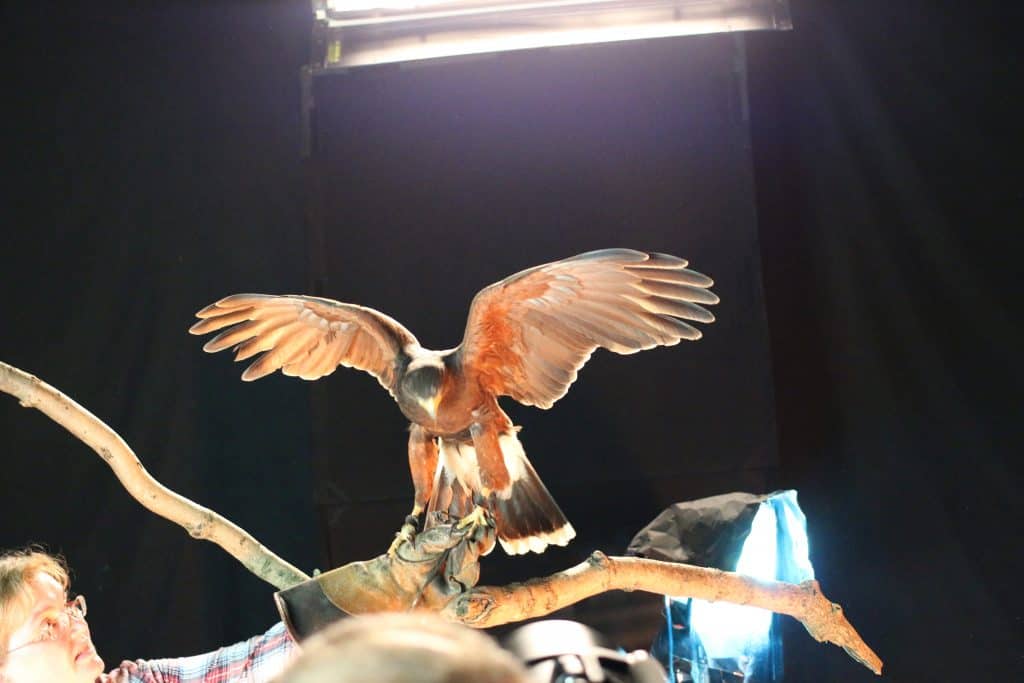 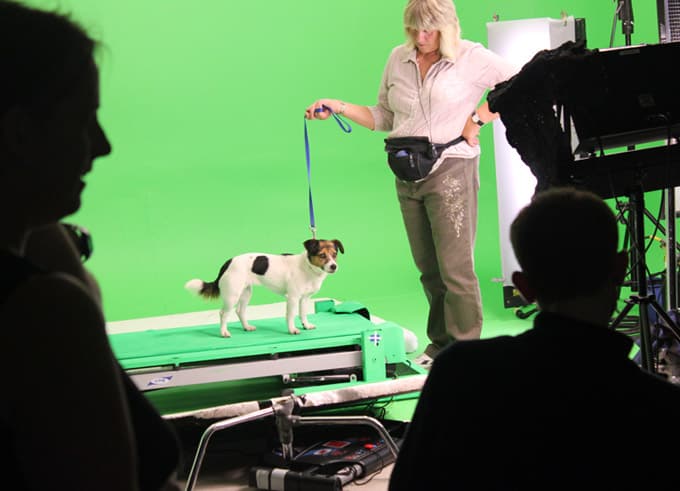